Matthew Kenney, Renowned Plant-based Chef and Trailblazer, Defines Success and Shares His Vision for the Future

A number of years ago, my daughter and I dined at Plant, Food and Wine, a restaurant founded by Matthew Kenney, celebrated plant-based chef, educator, and business leader. I was a new vegan and I hadn’t yet experienced much variety outside of the experimentation I’d be doing in my own kitchen.

Among other dishes we sampled that day was Matthew’s signature-dish: Raw Lasagna, layered with heirloom tomatoes, zucchini noodles, macadamia ricotta and pistachio pesto. One bite of the delightful flavors was all it took for the world of vegan cuisine to open up to me. I had no idea plant-based foods could taste that amazing.

Since then, I’ve become a big fan of Matthew Kenney’s creations. I’ve cooked my way through his Plantlab and Raw Food Real World cookbook and eaten in many of the restaurants he’s founded. There are over 40 of them to chose from, each extremely popular, some highly rated in the Michelin guide. They can be found around the globe: from LA to NYC, Sydney to Sao Paulo, Bahrain to Providence, and Bogota to Brooklyn. All are plant-based with varying concepts: Mediterranean, Mexican, Pasta, and fast food, are just a few of them. In this interview on CBS’s The Dish, Matthew shares some of the beautiful dishes one can sample in these restaurants.

Drive, success and vision of the future

I recently interviewed him to learn about what drives him, his path to becoming a leader in the plant-based movement, how he defines success, and what vision he holds for the future.

To begin with, Matthew is fueled by a desire to “work with innovative cuisine and to share something different” with his guests. If you relish new dining experiences, meat-eater or not, you will likely enjoy his restaurant concepts.

Each restaurant has one thing in common. They serve food you don’t need to be vegan to love. The Truffle Pizza and Pesto Pizza at Double Zero may just be two of my very favorite things to eat. 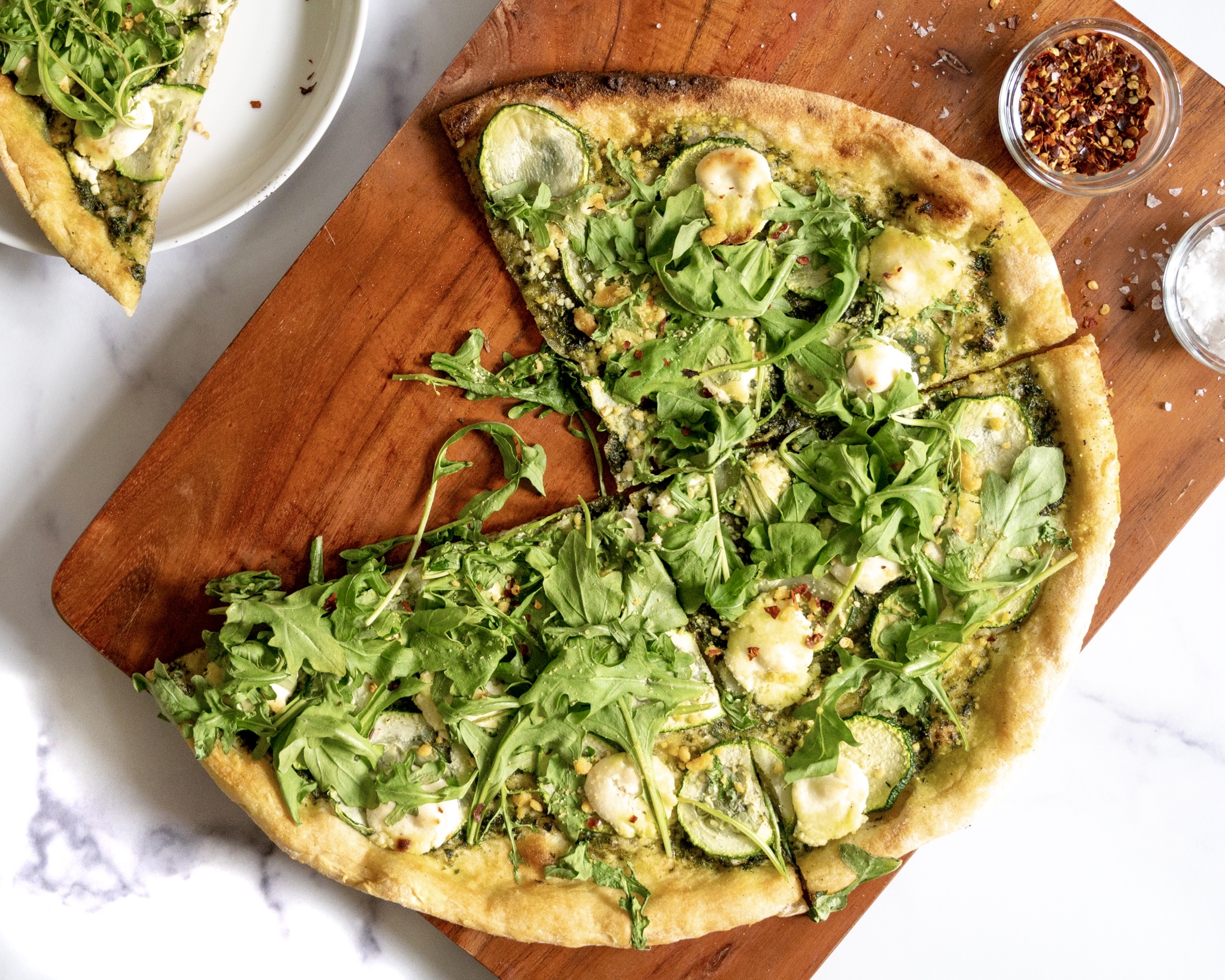 I’m not alone. Many times I’ve witnessed the look of surprise and delight as my vegan and non-vegan friends sample them. This pizza critic gives a sense of that.

How does a young boy born in the 1960s and raised, fishing and hunting, in coastal Maine go on to become one of the world’s leading chefs, at the forefront of plant-based cuisine, and visionary educator looking to shift the global food paradigm towards a more plant-based lifestyle?

Plant-based eating certainly wasn’t seen as a gourmet cuisine in the 1990s, when he entered the NYC restaurant scene, newly trained as as a classical chef at the French Culinary Institute. Early on Matthew proved his talent, cooking with traditional ingredients including meat, fish, eggs and dairy, winning Food & Wine Magazine’s “America’s Best New Chefs” award . Over the next decade Matthew wrestled with dueling passions. He’s very passionate about exercise, fitness and health and well aware that “the experience we have in this life is definitely enhanced if we take care of our health.” At the same time, he loves restaurants and dining out, food and wine.

It became increasingly clear to him that one passion negated the other. “You could be really into health and exercise, but then go out and eat a really unhealthy meal.” With this awareness, the move towards the plant-based lifestyle was based on what he calls “intuitive consumption”, experimenting and paying careful attention to how different foods made him feel. He simply felt best eating plants.

At the same time he discovered that plants are “more fun to work with and prepare in ways that nobody had focused on previously.” Over time he had shifted to a total alignment of his two passions, leveraged his experience as a chef, and applied it to a healthier cuisine.

What’s exciting about the future of food

No doubt, Matthew is an early adopter and trailblazer. There he was cooking in upscale restaurants in NYC, a food capital of the world, and eschewing animal foods. Clearly he doesn’t mind bucking tradition and following his instinct down a unique path.I was curious to know what this maverick and visionary finds exciting about the future of plant based food.

For a start, he’s thrilled about where we are right now for three reasons. The cuisine is starting to come to the forefront and people are open-minded about it. Consumers, the media and financial markets are embracing it. Finally, there are so many new products, techniques and cooking methods out there that plant-based cuisine can compete with any cuisine.

On the one hand he’s surprised how quickly things are accelerating. “I used to think it was going to take 50 years to get to this point, and I don’t think that anymore.” On the other, he understands the rapid adoption of plant-based cuisine since it makes sense on every level: from a cost perspective, to health and longevity, to experience and pleasure, and environment and sustainability.

One factor driving the rapid expansion of plant-based movement has been education — in the form of books, documentaries, cookbooks, and videos. Matthew Kenney has joined this arena in his efforts to work with his brand to completely shift the global food paradigm toward a more plant based lifestyle.

He recently launched the foundation class of the Food Future Institute which is a year-long, comprehensive and advanced online program for home chefs and culinary professionals dedicated to building and refining techniques in plant-based cuisine.. The enthusiasm so far has been impressive. In the first five months of operation, the institute has educated about a thousand students, from dozens of countries, who are showing “incredible results”.

Matthew Kenny has accomplished so much professionally. I wondered how he defines and measures success.

From a business perspective, success is “building a foundation that can support a team of mission aligned, talented people that do incredible work and continue to grow the company, evolve and develop projects .” He considers this to be the most important work he’s accomplished in his career.

From a philosophical level he thinks that “success is not having a line between what we’re passionate about on a personal level and what we do as a profession.” This is true for him. “I am very lucky. That’s the best gift in the world.”