Pursuing Passion: An Interview with Founder of Treeline Cheese

Pursuing Passion: An Interview with Michael Schwarz, Founder and CEO of Treeline Cheese

After 25 years working as an Intellectual Property lawyer, Michael Schwarz enthusiasm began to wane. He thought to himself  would I want to hire a lawyer who has lost his passion? At that point, he knew it was time for a career change. So, he set out to combine an intellectual challenge with something he really believed in.

No Such Thing As Can’t

He saw an opportunity in the plant-based cheese space. Armed with a desire to impact the food industry in a positive way, Michael hoped to create a high quality French-style non-dairy cheese. Good thing Michael had adopted a “there’s no such thing as can’t” attitude from his mother, who had been the neighborhood art teacher back in his native South Africa. Armed with curiosity and desire, he got to work in his kitchen. There, he began culturing his own nut-based cheese.

No matter that he wasn’t a chef, nor a food scientist, it wasn’t long before he realized he was on to something. Michael had created a delicious, soft French-Style Herb-Garlic cheese. He founded Treeline Cheese.He moved out of his kitchen to a rented space in the back of a vegan chocolate company in his home-town. At this point, he had officially joined the small, niche plant-based cheese market. Little did he know back in 2013, as he embarked on this new career, that the industry he entered would be projected to reach $2.5 billion worldwide by the end of 2020.

Michael worked at the back of the confection shop for a year. He sold his cheese up front, along with his coworkers chocolates. From there, he started selling Treeline Cheese at a vegan market in Brooklyn. Demand was high. People lined up for his cheese. Treeline was perfectly poised to meet consumers’ desire for dairy-alternative products. That’s when Michael knew it was time to move to a dedicated space in Kingston, NY.

Since then, Treeline Cheese has been focused on this: trying to get as many people to consume as little dairy as possible. Concerned with the negative impact the dairy industry has on the planet, human health and animals, Michael has fulfilled his desire to do work that addresses issues of pressing concern.Treeline now has a range of high-quality artisanal cheeses. The offerings include four Soft French-Style Nut Cheeses, three Cashew Cream Cheeses, and two hard Aged Nut Cheeses. They will be launching slices and shreds in early 2021 – adding to their growing line of sustainable, health-conscious choices.

One of My Favorites

I love to feature Treeline’s Soft French-Style Herb-Garlic Nut Cheese when I cook for my family, cater, entertain friends, or teach my Plant-based Cheese Board making class. It’s creamy and easy to spread on crackers, or delicious baked on crostini as shown on the board from a recent class.

After connecting with Michael, Treeline offered me samples of their three cream cheeses: Strawberry, Chive and Onion and Plain. I was excited to try them as they are not yet available here in the Boston area.? 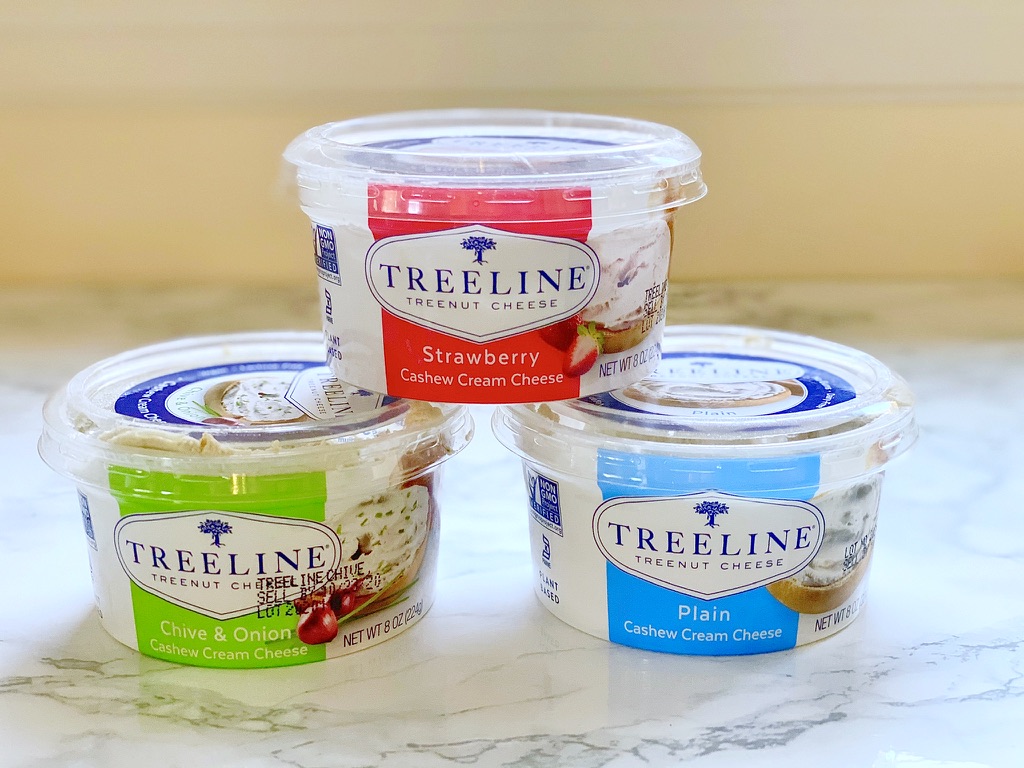 Treeline is well poised to grab a share of the huge cream cheese market in the US. Their product is tangy and delicious and wonderful spread on a bagel. The strawberry is particularly divine; a truly delicious sweet spread. I was so inspired by the cream cheeses, I made a bagel and smoked carrot lox platter to feature the three cream cheeses. FYI, I followed the carrot lox recipe with a few changes (pickle brine for caper brine, kelp for nori and a small amount of liquid smoke.) 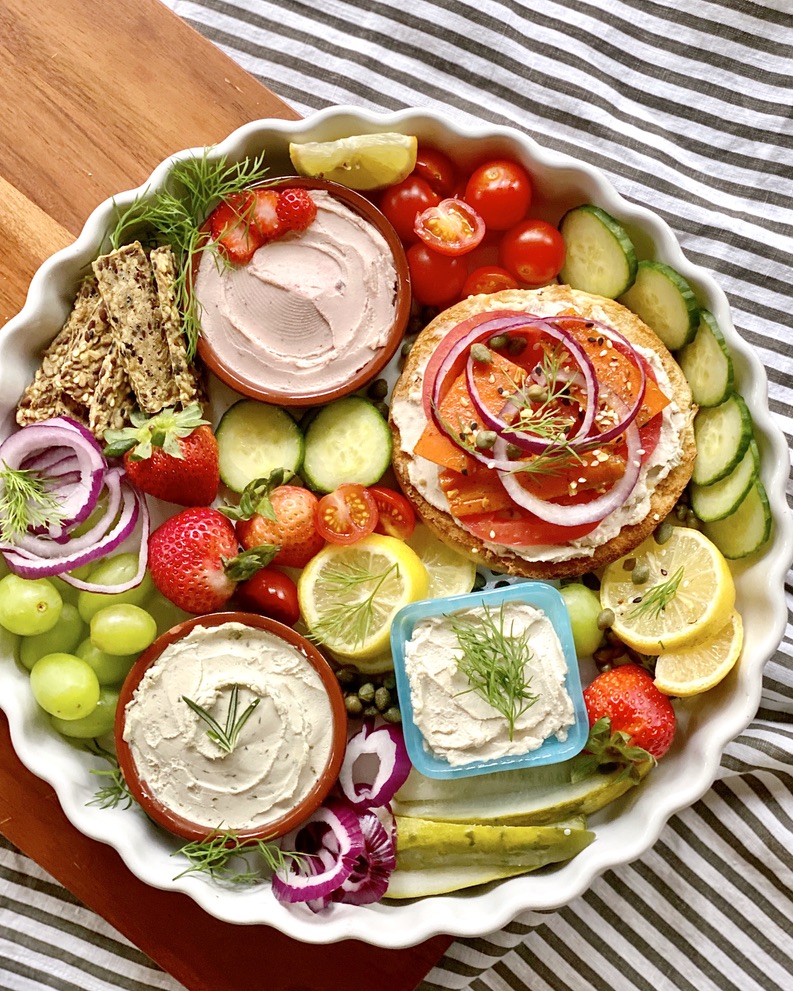 This is what Michael would most like people to know. The choices we make really do have an influence on the big picture. Individual actions create empires whether Coca Cola or Kraft Foods or Levis. People make choices and that leads to hugely powerful companies. I’d like to think that when people make compassionate choices, it really does matter.

Over the past seven years, Michael Schwarz has successfully brought passion back into his work and, in so doing, provides us with delicious choices that impact the planet, human health and the welfare of animals. He has most certainly found his calling. We, the consumers, are the lucky beneficiaries.

Diana Goldman is a Vegan Lifestyle Coach and Plant-based Nutrition Educator. She received a B.S. from Cornell University in Nutritional Science and an Ed.M. from Harvard University. She loves teaching healthy cooking classes and sharing recipe videos on her YouTube Channel. Sign up to receive a free Healthy Vegan Made Easy ebook on her website Beantown Kitchen.